In Collboration with Wraight & Associates Ltd 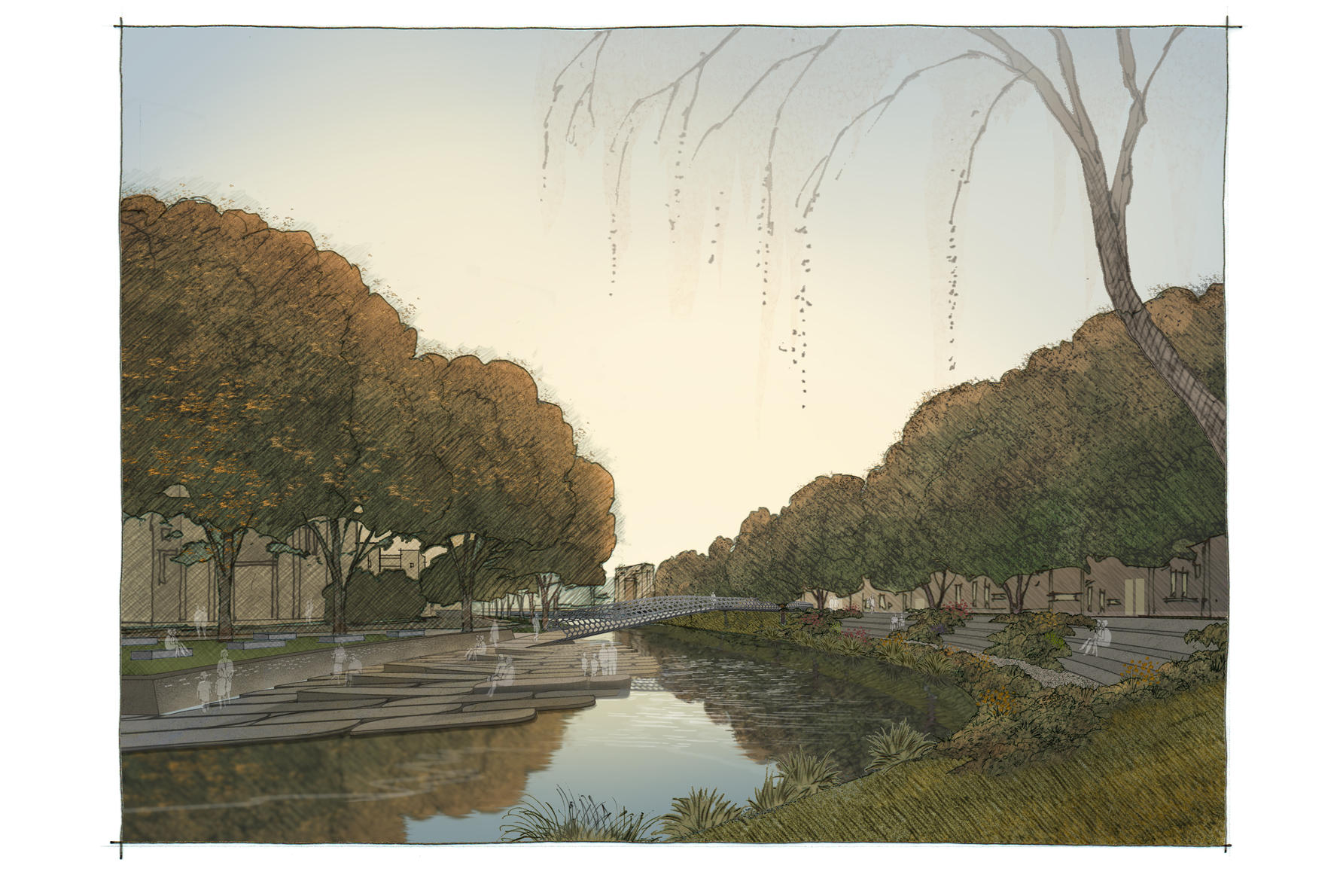 Tennent Brown worked with landscape architect Megan Wraight and Ngai Tahu artist Ross Hemera on a scheme for a memorial to remember the 185 people who lost their lives in the 2010 Christchurch Earthquakes as well as recognise the resilience of the Christchurch people, particularly those who were injured.

Eschewing a large sculptural gesture, the team instead chose to create a physical space to allow people to gather and reflect. A series of terraces run down to the edge of the Avon River, their patterned surface inspired by Rūaumoko – Māori god of earthquakes. A curved wall is etched with the names of those who died. Connecting the site to the city is a curving bridge spanning the river. 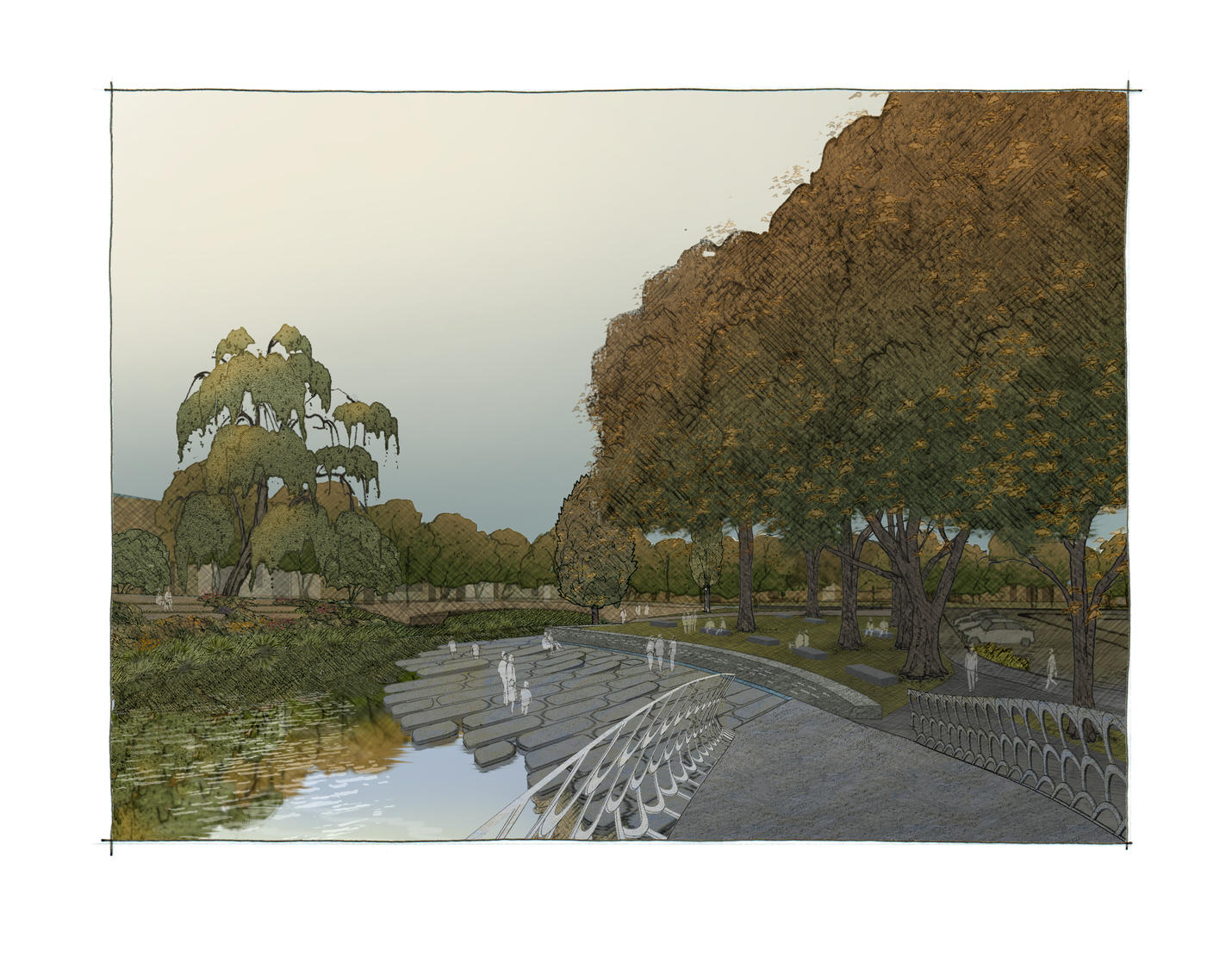